Carlos was born in Panama City in 1978 and raised in the small rural village of Huile, next to the Canal Zone. It was here where he learned many lessons of nature from his mother and grandmother, both of whom were deeply connected to nature and involved with conservation.

After high school Carlos was awarded a scholarship to Mt. Hood Community College in Oregon, where he studied natural resources and received his first formal training in ornithology. Carlos began his career at the Canopy Tower in October of 2000 and has since attended numerous birding conferences and conventions in the US, Germany, Netherlands, Uganda, and Great Britain, where he led tours, workshops and presented programs on Panama's birds. Carlos is a very popular and a much-requested guide, a testament not only to his birding ability, but also to his sincere friendly demeanor. When not guiding, Carlos is busy at the office working on marketing and other projects for the Canopy Family.

Ethan Kistler hails from Ohio and began birding at the ripe age of 10 when he literally woke up one morning and decided that he wanted to become a birder. Since then, he has worked field jobs from Ohio to Alaska, traveled to over 40 countries, and led birding tours throughout North America, Europe, and Africa (where he lived in South Africa for 7 years). When not guiding birding tours, he’s chasing rarities, off on spontaneous birding jaunts, and reviewing data as one of eBird’s data reviewers for much of the African continent. Previously the Education and Outreach Specialist for Black Swamp Bird Observatory he now sits on the board of the Ohio Ornithological Society. His main focus now is guiding birding tours from NW Ohio and abroad  filling in gaps between trips with ornithology-related field work.  Ethan has written the ABA's Field Guide to Birds of Ohio, published in 2019.

​​Kevin Loughlin was raised to appreciate nature while exploring the woodlands of Pennsylvania as a child. At age six, during a family trip through the American West, Kevin became fascinated with photography as well seeing the new and different birds throughout North America. Instilled with a love for travel and seeking new, exciting destinations he felt a desire to share his experiences with others and in 1993 he created Wildside Nature Tours.

Kevin’s photographs and articles have appeared in publications such as WildBird, Nature Photographer, Audubon, Birding and Philadelphia Magazines, as well as the many natural history books, including more than a dozen in the recent “Peterson’s Reference Guide to Owls of North American and the Caribbean” by Scott Weidensaul. Kevin’s newest project is, along with co-author John Kricher, “Galapagos: A Natural History” due out from Princeton University Press in Autumn 2022. 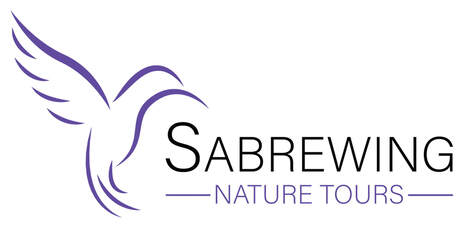 ​Costa Rican born and raised nature lover, working as Certified Naturalist Guide since 2002, Birder; and Tourist Agent in Costa Rica, Diego has a college degree in Natural Resources Management. He is a former member of the Board of Directors for the Ornithologist Association of Costa Rica and involved with Bird Monitoring Projects and Sustainability Consulting, part of the organization team for the Arenal Annual Bird Count, and volunteer reviewer for eBird in Costa Rica.

Diego is actively birding not only in Costa Rica, but in nearby countries such as Nicaragua and Panama, as well as USA, Mexico, Guatemala, Colombia, Peru and Ecuador.
© 2009 - 2023 The Biggest Week in American Birding ®
A Birding Festival in Northwest Ohio: "The Warbler Capital of the World"
All rights reserved
www.biggestweekinamericanbirding.com