Scott Bourne is an Olympus Visionary and professional photographer, author and lecturer who specializes in birds and product photography. He’s been involved with photography for nearly 50 years and his work has appeared in more than 200 publications.

He is a pioneer in the digital photography and online space and was named one of the 30 most influential photographers on the Web by Huffington Post.

Scott holds the title Master Photographer from the Washington Professional Photographers Association and was recently awarded the designation Signed Master with the Studio Of Masters in China. He has also been accredited by The Societies of Photographers as an Associate of The Society of International Nature & Wildlife Photographers. (ASINWP) 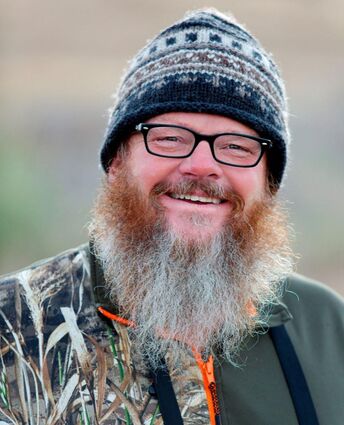 As owner/operator of Big Bend Birding & Photo Tours, I focus my time on helping others enjoy the beauty of the Big Bend National Park Region and serving as a freelance photographer when time permits. Publishing is fun, but my main interest is in helping others capture spectacular images while they are visiting Big Bend National Park or surrounding areas. I am an award winning photographer and my images have been in Texas Parks & Wildlife Magazine, Texas Highways, Bird Watcher’s Digest, and NANPA’s Expressions.

My photography experience began at the age of 16 when my mom gave me a Canon AE1 with a broken meter and I bought John Shaw’s The Nature Photographer’s Complete Guide to Professional Field Techniques. With this book, I learned the sunny f/16 rule and with many rolls of slide film in hand, I headed to the Wichita Mountains National Wildlife Refuge in southwest Oklahoma near where I lived at the time. This is how my love for photography was birthed and later with a new camera and lens, my grandparents took me on my inaugural trip to Big Bend National Park and the surrounding region.

I was delighted to be named an official Olympus Educator after making the switch from a full frame system which I had used for over 25 years to the Olympus OM-D system in April 2019. I have never been happier with my gear and the features and abilities it provides in capturing amazing images of our world.

​Sebastian Kennerknecht is a wildlife and conservation photographer with over fourteen years of experience visually covering wildlife and environmental issues internationally, focusing in particular on wild cats. He has produced high quality editorial photographs, time-lapses, videos, and web content featured in and by the New York Times, Washington Post, BBC Wildlife, Smithsonian, The Economist, Science, and Conservation International, among others. Using highly customized SLR camera traps, along with conventional photographic techniques, he works closely with field biologists to both effectively and ethically capture photographs of some of the rarest cats on the planet while also highlighting the threats they face. Working for conservation organizations and on magazine assignments, Sebastian has photographed twenty-three of the forty species of wild felids, in twenty-nine different countries.

Sebastian graduated with a Bachelor of Science in Ecology and Evolution from the University of California – Santa Cruz, won NANPA’s emerging photographer award, and is an associate fellow with the International League of Conservation Photographers. 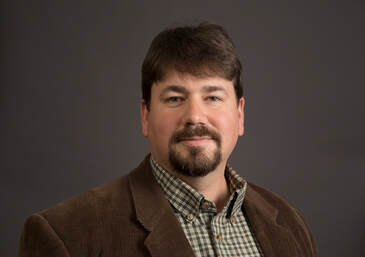 ​Dr. Andy Jones has worked at the Cleveland Museum of Natural History for fifteen years. He was hired in 2006 as the William A. and Nancy R. Klamm Endowed Chair of Ornithology, a new position created thanks to a donation from the Klamms to the Museum. As a curator, Dr. Jones is responsible for the Museum’s collection of avian specimens, which consists of more than 35,000 study skins from around the world plus a frozen tissue collection, skeletons, and nests and eggs. He is also responsible for expanding this collection, and carrying out original research. His current research involves the evolutionary history of birds from the Appalachian mountains, documenting new hybridization events, and understanding migration and human-bird conflicts through the Lights Out Cleveland project. Dr. Jones has served as Secretary of the American Ornithological Society since 2014, and was recently named a Fellow of the AOS. He is a past board member of the Black Swamp Bird Observatory, and serves on the BSBO Research Committee. He has been a trip leader and/or speaker during every year of the Biggest Week in American Birding.

​He originally hails from east Tennessee, where his passion for natural history began at an early age (including field notes starting at age 5). He is a passionate contributor and reviewer for eBird and iNaturalist. Dr. Jones received his BS in Biological Sciences from the University of Tennessee at Knoxville, and his PhD in Ecology, Evolution, and Behavior from the University of Minnesota. He lives in Cleveland Heights. 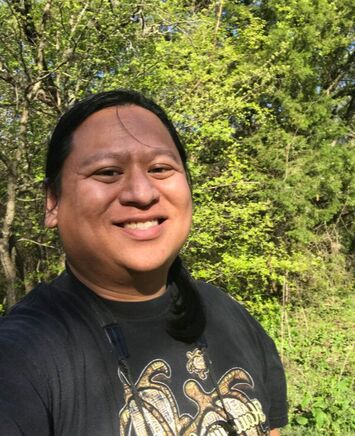 ​Born in the Philippines in 1979, I have been fascinated by birds ever since I saw flashes of sunbirds in our Metro Manila garden. My mom and I escaped martial law during the chaotic summer of 1983, landing in Los Angeles. In 1986, my soon-to-be adoptive grandfather got me my first binoculars and a Golden Guide and had me identify my first bird at Yosemite National Park: a Steller's Jay.

From then on, I was hooked, and I was fortunate enough to grow up in California and Arizona as a birder and get involved in quite a few Christmas Bird Counts as I got older. Birding got me through some rough patches, too -- after the end of an unsuccessful first marriage, it was a chance encounter with a Greater Roadrunner that kept me going forward during a brief struggle with homelessness.

Since then, I've gone on multiple birding trips to Japan, where I am part of the eBird Review Team (I hold a Bachelor's in Japanese language on ASU); led birding outings during my five year stint as a Disney Cast Member in central Florida; and currently reside in Austin, Texas, where I am a social services administrator, enjoying a pretty chill life with my wife Kimi and our very silly indoor cat, Mister Azuki Bean, who enjoys a steady diet of birding YouTube videos while we wait patiently for the current situation to pass.

Outside of birding, I am also a competitive international quizzer, have been reviewing Japanese animation since 1998, and currently co-host Microsoft Flight Simulator streams on Twitch, where I serve as an online tour guide and interpreter of culture, geography, history, and cuisine.

I also got to shout out birding on Jeopardy! in December 2013, where I was a three-day champion! 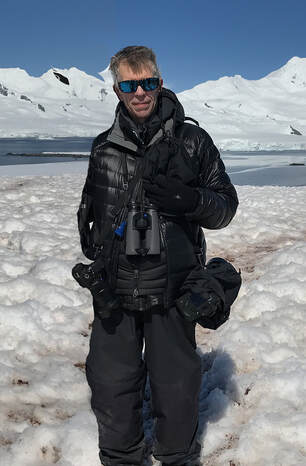 Tom has lectured and guided many groups across the US as well as in Asia, where he trained guides for the government of Bhutan. He has donated numerous recordings of Eastern Himalayan rarities and other Asian species to Cornell’s Macaulay Library of Natural sounds.

For several years he was on Zeiss’s digiscoping team for the World Series of Birding; and in 2011 his and Scott’s team won the World Series Cape Island Cup. In 2014 Tom and Scott set the US record for a Photo Big Day, taking pictures of 208 species in one 24-hour period.

As a musician Tom played concerts and did studio work for many years, working with several Grammy and Academy Award winners as well as performing with members of the NY Philharmonic and the Philadelphia Orchestra. His clients included the Grateful Dead, Phil Collins, and the FBI.

He joined Roland Corporation in 1991, managed the recorder division, and retired recently as Director of Technology.

While at Roland he designed the features, UI/UX, and managed the marketing, for many of the most successful products in the history of the company, including all of their multi-channel digital recording systems such as the VS-2480. He also brokered many third-party relationships with companies ranging from hardware manufacturers like Hewlett Packard and IBM to software firms including Antares (auto-tune), Logic (now of Apple), Universal Audio, and many more. He also worked closely with engineers at Apple on a multi-channel audio over Ethernet industry standard.

In 2002, he co-founded Roland's RSS audio division, which designed and sold products for the commercial and home audio markets including solid-state playback systems for Muzak and Disney, and multi-channel Ethernet mixing and distribution systems.

His latest book, The Warbler Guide, is published by Princeton University Press and recently won the National Outdoor Book Award. The Warbler Guide App, for iOS and Android, includes 3D rotating models and won the 2015 Design Award for AAUP Book, Jacket, and Journal Show. His app, BirdGenie, is a “shazam” for bird song that helps bird enthusiasts identify over 150 common vocalizations in eastern and western US by recording them on their smart phone. BirdGenie won the prestigious PROSE award from the American Association of Publishers.

He is currently working on three more books and two apps for Princeton. Tom holds a patent on technology to identify animal vocalizations using a wide range of analytic criteria. Tom is endorsed by Zeiss Sports Optics.

Michelle Valberg is a Nikon Ambassador and an acclaimed wildlife photographer who has been telling stories with a camera for more than 30 years. She has traveled to all continents in search of adventure and photographic opportunities. She is particularly celebrated for her passion for Canada and the Arctic.  Her captivating images grace magazine covers, as well, they are featured in numerous publications, exhibitions, and hang in embassies worldwide. Michelle's iconic images also appear on a Royal Canadian Mint coin and Canada Post stamps.

Beyond photography, Michelle is also well known for her philanthropy.  She is a public speaker, author, community leader, and advocate for animals, the environment, and conservation.

© 2009 - 2021 The Biggest Week in American Birding ®
A Birding Festival in Northwest Ohio: "The Warbler Capital of the World"
All rights reserved
www.biggestweekinamericanbirding.com