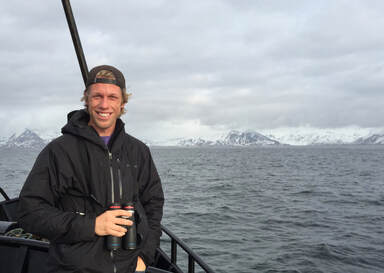 Christian Hagenlocher’s passion for birds began at an early age, when he saw the pair of Peregrine Falcons nesting on a building in downtown Seattle. Since then, he’s read every library book and field guide he could get his hands on, and his passion for birds and education has only grown! He is passionate about the education of people of all ages, and went into the teaching profession after completing a Bachelor of Science degree in Biology in 2011. As a high school Science teacher and licensed falconer, Christian has integrated birds into curriculum in unique ways, exposing students to the ancient sport of falconry and leading international science-focused trips to Belize, Costa Rica, Israel, Colombia, and Peru. In 2016, Christian became the youngest person to break the 700 mark in an ABA Big Year. His book Falcon Freeway: A Big Year of Birding on a Budget describes his adventures and lessons learned while living on the road, birding in the 21st century. Currently, Christian is a freelance birding guide based in Washington and Colorado, guiding for companies as his schedule allows. 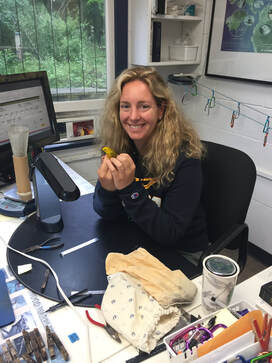 Annie Lindsay is the Bird Banding Program at Powdermill Nature Reserve, Carnegie Museum of Natural History's environmental research center, where she runs the almost-60-year-old banding program. She is a PhD student and University Fellow at the University of Toledo where she studies trends in long-term bird banding datasets, and how anthropogenic factors, in particular climate change, affect avian populations, movements, and behavior. She’s a frequent volunteer bander at BSBO, and has traveled around the country and internationally studying avian ecology and behavior. She earned her M.S. in Natural Resources from the Ohio State University where she studied the effects of winter habitat quality, as determined by stable-carbon isotope analysis, on plumage characteristics and reproductive success in Yellow Warblers at Ottawa NWR, and a B.S. in Biology. 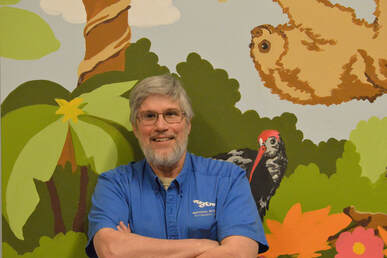 ​Robert S. Mulvihill is the Ornithologist for the National Aviary in Pittsburgh. He received a B.S. in Education from the University of Pittsburgh and an M.S. in Biology from Indiana University of Pennsylvania. Bob worked for almost 30 years as Field Ornithologist at Powdermill Nature Reserve, the biological research station of Carnegie Museum of Natural History. His published research includes long-term studies into the effects of stream acidification on an obligate riparian songbird, the Louisiana Waterthrush, and analysis of the effects of global warming on birds and their migrations. Bob was a regional coordinator for the first Atlas of Breeding Birds in Pennsylvania (1983-1989) and the statewide project coordinator for the Second Atlas of Breeding Birds in Pennsylvania (2004-2010). He currently conducts the Pittsburgh edition of Neighborhood Nestwatch, a citizen-science project created by researchers at the Smithsonian to study effects of urbanization on survival and productivity of breeding birds in Washington, D.C. Bob also participates in Project Owlnet, a cooperative study of the migration of Northern Saw-whet owl. He serves on the Ornithological Technical Committee of the Pennsylvania Biological Survey and has received awards for his work promoting bird conservation from the Audubon Society of Western Pennsylvania and the Pennsylvania Society for Ornithology. 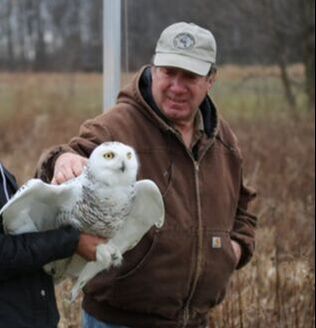 Mark has a degree in Wildlife Management from The Ohio State University. He was on staff at Ohio State with the Ohio Cooperative Wildlife Research Unit before accepting a position with the Ohio Division of Wildlife where he spent thirty-two years as a Wildlife Biologist specializing in avian research retiring from his position as Project Leader of Wetland Wildlife Research in 2009. Mark is currently employed as Director of Research for the Black Swamp Bird Observatory where he leads research on passerines, raptors, shorebirds, rails, and bird/wind power issues.

Mark has conducted research on Bald Eagle, colonial waders, terns, wetland breeding birds, woodcock, shorebirds, colonial passerines, waterfowl, rails, cranes, migrating raptors, and migrating passerines. Has co-authored the Beneficial Use Impairments for Wildlife and Wildlife Habitat portion of the Lake Erie Management Plan which is part of the Clean Water Act; The Great Lakes-Upper Mississippi River Regional Plan of the National Shorebird Plan; The Great Lakes-Upper Mississippi River Regional Plan of the North American Waterbird Plan; and has contributed to several of the regional plans of Partners-in-Flight. Mark has authored or co-authored a variety of papers on passerines, Bald Eagles, cormorants, and contaminant issues with birds. He developed recovery plans for the Bald Eagle, Osprey, Common Tern, Black-crowned Night-Heron, and Sandhill Crane in Ohio and is presently the lead author on the Ohio Winter Bird Atlas, the first Winter Atlas in the United States. Mark is the lead on technical issues for BSBO in wind power and migratory bird issues and study design.

​While with the Division of Wildlife he was Representative to the Mississippi Flyway Council. Mark also Chaired the Banding Committee of the Mississippi Flyway Council Technical Section (MFCTS); Represented the MFCTS to the International Black Duck Joint Venture and Adaptive Harvest Working Group; is a former President of the Inland Bird Banding Association; serves on the North American Banding Council (NABC) and served two terms as Chair of the Council; has 45 years experience in the capture and banding of birds, has been responsible for over 950,000 banded birds, and is a certified trainer for banders under the NABC.
© 2009 - 2023 The Biggest Week in American Birding ®
A Birding Festival in Northwest Ohio: "The Warbler Capital of the World"
All rights reserved
www.biggestweekinamericanbirding.com