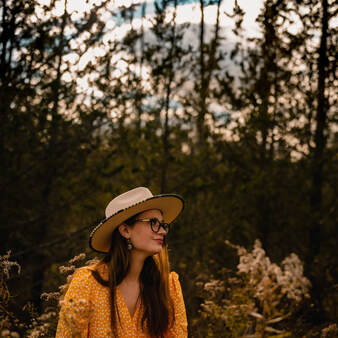 ​Alyssa is a Cayuga woman currently residing in Kenhte:ke (Tyendinaga Mohawk Territory) with her children and partner. Alyssa is rarely found without her children, binoculars, dogs and camera. She is a self-taught natural light photographer and a lover of the land. Born and raised in rural Ontario, Alyssa was raised with a love and appreciation for a lifestyle immersed in the outdoors. Alyssa’s photography captures the stories of motherhood, Indigenous reconnection, nationhood, and our interconnectedness with the land. With a special focus on nature, story-telling and knowledge sharing, Alyssa uses the lens as a tool for herself, her children, and future generations to learn and share the brilliance and beauty of both culture and creation. Alyssa currently resides on and draws inspiration from the shores of the Bay of Quinte, her family’s traditional territory. Examples of her work can be found in Canadian Geographic, The 400 Years Project, and the Center for Humans and Nature among many others. 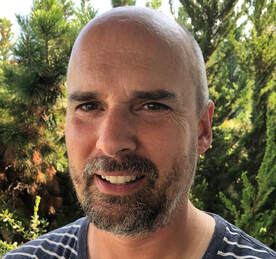 ​Andy has been a lifelong birder. Originally, hailing from the UK where he was brought up learning to ID "little brown jobs", he moved to the states 30 years ago where he continued to immerse himself in advanced ID topics as well as illustrating articles for magazines and books in the US and Europe.

​Cin-Ty and Andy have worked together for decades on challenging identification problems, such as pipits, loons, dowitchers, pewees, and immature orioles.  Their most recent contribution is the new upcoming Princeton Field Guide to North American Flycatchers series, with the first volume on Empidonax and Pewees due out this April, just in time for flycatcher season. 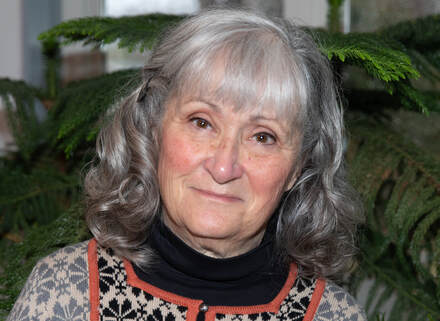 ​I'm a birder and author of a dozen books about birds and birding, including 101 Ways to Help Birds and the American Birding Association Field Guide to Birds of Minnesota, and a contributing editor to BirdWatching magazine with a column about the wonder of birds. I've produced the “For the Birds” radio program, now podcast, since 1986. I've always been interested in the ties between birds and habitats, and how many specialists require specific plants for all or part of their annual cycle. 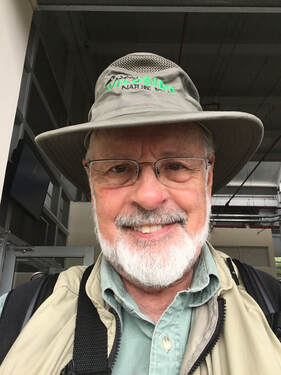 John conducted Earthwatch-sponsored research on migrant birds on their wintering grounds in Belize and is the author of over 100 papers and articles in scientific journals, magazines, and newspapers.  His books The New Neotropical Companion (2017) and Tropical Ecology (2011), The Balance of Nature: Ecology’s Enduring Myth (2009), Peterson Reference Guide to Bird Behavior (2020), and Galapagos: A Natural History, second edition to be released in November 2022.  Other books include three ecology field guides (Eastern Forests, Rocky Mountain and Southwestern Forests, California and Pacific Northwest Forests) in the Peterson series.  His widely-used book, A Neotropical Companion was translated into Spanish through the Birders' Exchange Program of the American Birding Association and widely distributed at no cost throughout the neotropics.  He has also produced three recorded lecture series, one on dinosaurs, one on ecology, and one on the biology of birds, all published by Modern Scholar. 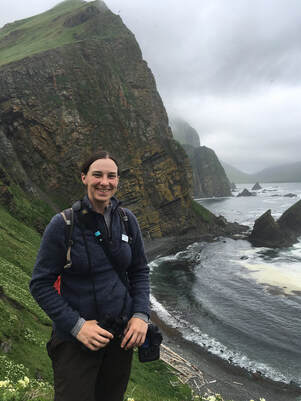 ​Erro Lehnert is a wildlife biologist from Michigan. She especially loves birds, but her passion for all wildlife has taken her all over the world. Erro got her master's degree in ornithology from the University of Central Oklahoma before she started with the California Condor Recovery Program in November of 2021. Erro has worked for various federal agencies as a biologist since 2009, and her travels have taken her to 13 states to work with birds, fish, amphibians, and reptiles! But birds are her passion and working with Condors has been a dream job come true. Erro wants to protect the wild areas of the world and hopes that through research and science she can contribute to conservation practices for birds and all other wildlife. She hopes that by sharing enthusiasm for the natural world, those that she encounters will also find a love for nature and the world around them. 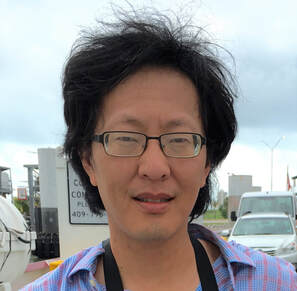 Cin-Ty Lee is a professor of Geology at Rice University, but spends much of his spare time birding in his local patch in Houston, TX.

Cin-Ty and Andy have worked together for decades on challenging identification problems, such as pipits, loons, dowitchers, pewees, and immature orioles.  Their most recent contribution is the new upcoming Princeton Field Guide to North American Flycatchers series, with the first volume on Empidonax and Pewees due out this April, just in time for flycatcher season.​ 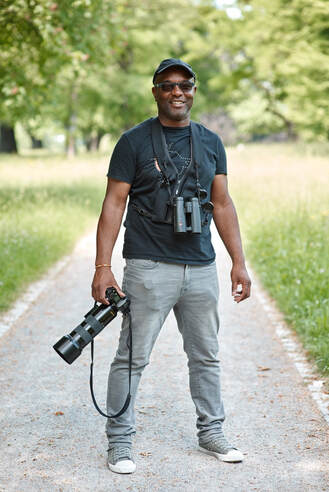 David Lindo is The Urban Birder - broadcaster, writer, speaker, educator and bird tour leader. His mission is to engage city folk around the world with the environment through the medium of birds.

He has written countless articles on urban birds, urban conservation and wildlife in general for many websites, publications and magazines and has written the Forwards to several books. He is a regular television and radio presenter and has been featured on the BBC, ITV, Channel 4 in the UK as well as other TV and radio channels around the world including CBS in the United States.

David was recently named as the 7th most influential person in wildlife by BBC Wildlife Magazine and in 2020 was shortlisted for the Professional Publishers Association (PPA) Columnist of the Year Award. He sat as a judge for the prestigious Wildlife Photographer of the Year 2021 and Bird Photographer of the Year 2021. He is a Fellow of the International League of Conservation Writers and a member of the British Travel Writers Guild. He is the Founder of the Tower 42 Bird Study Group and Britain’s Vote National Bird Campaign in 2015 that resulted in over 226,000 votes. 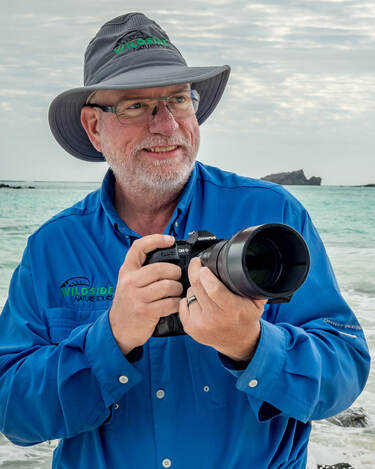 ​Kevin Loughlin was raised to appreciate nature while exploring the woodlands of Pennsylvania as a child. At age six, during a family trip through the American West, Kevin became fascinated with photography as well seeing the new and different birds throughout North America. Instilled with a love for travel and seeking new, exciting destinations he felt a desire to share his experiences with others and in 1993 he created Wildside Nature Tours.

Kevin’s photographs and articles have appeared in publications such as Nature Photographer, Audubon, Birding and Living Bird Magazines, as well as the many natural history books, including his newest project, along with co-author John Kricher, “Galapagos: A Natural History.” 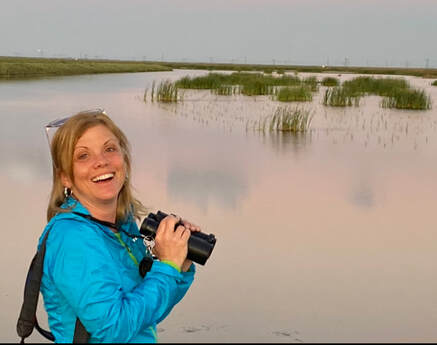 Holly Merker is a professional birding guide, writer, and educator who has a background in art therapy, but today uses birds and nature towards the same goals delivering nature-based wellness programs for people of all ages.

In her work as an environmental educator and professional birding guide, Holly shares her love of birds guiding for the American Birding Association, National Audubon, Hillstar Nature, and many other organizations. She is also a Certified Nature and Forest Therapy Guide (ANFT) and founded The Mindful Birding Network. Holly was the recipient of the 2022 Conservation and Education Award given by the American Birding Association for her work in both those areas of birding.

Holly is an author of two books which guide readers into explorations optimizing the wellness benefits research shows that birds provide us, including the award-winning book Ornitherapy: For Your Mind, Body, and Soul (along with Richard Crossley and Sophie Crossley, Crossley Books, 2021) and Die Kraft Der Vogel Beobachtung – “The Power of Birdwatching”,  Freya verlag, 2023), coauthored with Dr. Angelika Nelson.

In her free time, Holly spends every possible moment practicing Ornitherapy herself, which she credits in helping her defeat breast cancer, restoring her health mentally and physically 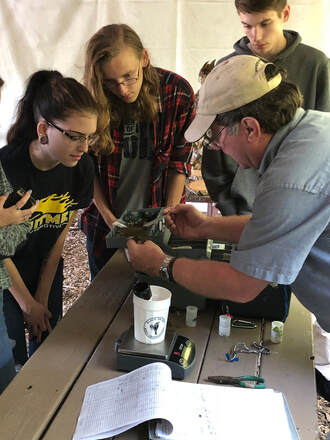 Mark Shieldcastle has a degree in Wildlife Management from The Ohio State University. He was on staff at Ohio State with the Ohio Cooperative Wildlife Research Unit before accepting a position with the Ohio Division of Wildlife where he has spent thirty-two years as a Wildlife Biologist specializing in avian research and in 2012 he retired from his position as Project Leader of Wetland Wildlife Research. Mark was a founding member of BSBO and currently serves as the Director of Research. He has conducted research on Bald Eagle, colonial waders, terns, wetland breeding birds, woodcock, shorebirds, colonial passerines, waterfowl, rails, cranes, migrating raptors, and migrating passerines.  Mark co-authored the Beneficial Use Impairments for Wildlife and Wildlife Habitat portion of the Lake Erie Management Plan which is part of the Clean Water Act; The Great Lakes-Upper Mississippi River Regional Plan of the National Shorebird Plan; The Great Lakes-Upper Mississippi River Regional Plan of the North American Waterbird Plan; and has contributed to several of the regional plans of  Partners-in-Flight.  Mark has authored or co-authored a variety of papers on passerines, Bald Eagles, cormorants, and contaminant issues with birds.  He developed recovery plans for the Bald Eagle, Osprey, Common Tern, Black-crowned Night-Heron, and Sandhill Crane in Ohio. 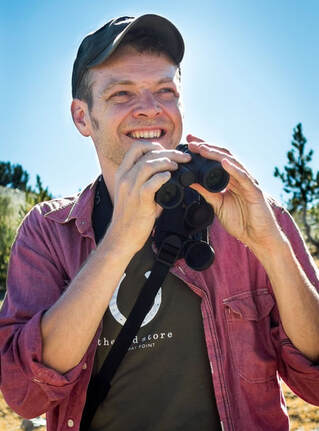 ​Scott Whittle is a bird expert, author and photographer.  He co-authored The Warbler Guide and the Warbler Guide App, and he co-founded the Terra Project,  which is creating a revolutionary consumer listening device that allow users to hear and identify the wildlife in their yard while contributing to a massive database used to track migration and bird populations.  He also continues to create bird identification books and apps with Princeton University Press.  Scott has held the New York State Big Year record and his team holds the record for most ABA species photographed in a day.  He lives in Cape May, NJ.
© 2009 - 2023 The Biggest Week in American Birding ®
A Birding Festival in Northwest Ohio: "The Warbler Capital of the World"
All rights reserved
www.biggestweekinamericanbirding.com