Subscribe to Biggest Week eNews for all the latest updates

We are still finalizing the 2020 schedule, more keynote information will be coming soon! 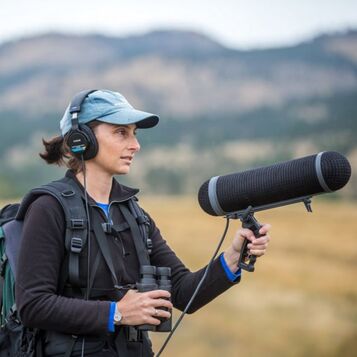 ​Lauryn Benedict has long been fascinated by the social lives of birds. She has spent the last 20+ years watching and researching birds to figure out how they use sounds to signal meaning and coordinate behaviors. She has conducted research on nesting behavior, mating behavior, vocal duetting, and song form and function. Her recent work examines the evolution of song in both male and female songbirds. 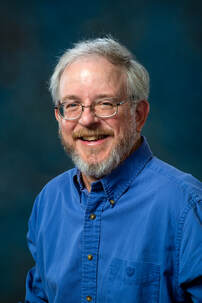 Eric R. Eaton is a professional writer and entomologist. He is lead author of the Kaufman Field Guide to Insects of North America, and co-author of Insects Did It First (2018), with Gregory S. Paulson. He has been published in Birds & Blooms, Ranger Rick, Missouri Conservationist, Orion, Wonderful West Virginia, Timeline (former journal of the Ohio Historical Society), and other popular journals. Eric runs the blogs Bug Eric and Sense of Misplaced on Blogger. He has worked as an entomologist on contract with the Smithsonian Institution, University of Massachusetts, West Virginia Department of Natural Resources, and most recently with the Yard Futures project. Eric grew up in Portland, Oregon, followed by stints in Cincinnati, Tucson, and currently Colorado Springs, Colorado where he resides with his wife, Heidi. 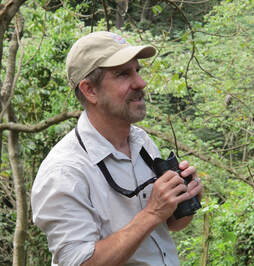 A lifelong naturalist, Kenn Kaufman did not really focus on birds until the age of six, but since then he has tried to make up for lost time, pursuing birds in all fifty states and on all seven continents. Now working as a freelance editor, writer, and book producer, he and his wife Kim make their home in Oak Harbor, Ohio.

​Kenn is a field editor for Audubon magazine, and writes a regular column for Birder’s World magazine. Most of his energy currently goes into book projects, including his own field guide series, Kaufman Field Guides, published by Houghton Mifflin Company of Boston. This series now includes volumes on North American birds, butterflies, mammals, insects, a field guide to Advanced Birding, and a regional guide to Nature of New England and Field Guide to the Nature of the Midwest, which was published in April 2015. In spring 2005, Kaufman Field Guides published the first Spanish-language guide to North American birds. Kenn’s other books include Lives of North American Birds, Kingbird Highway,and Flights Against the Sunset. His latest book, A Season on the Wind: Inside the World of Spring Migration, was published in spring 2019. He has also written scores of magazine articles and columns on I.D. topics, and has taught I.D. workshops all over the U.S. and Canada. To learn more about the Kaufman Field Guide series, click here. 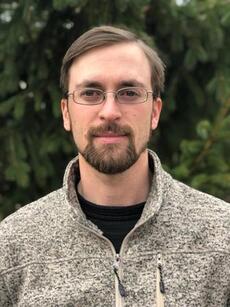 Ethan Kistler hails from Ohio and began birding at the age of 10 when he literally woke up one morning and decided that he wanted to become a birder. Since then he’s worked field jobs from Ohio to Alaska, traveled to 40 countries, and led birding trips throughout North America and Africa (where he lived for 7 years). When not leading tours, he’s chasing rarities, off on spontaneous birding jaunts, and reviewing data as one of eBird’s data reviewers for much of the African continent. Previously the Education and Outreach Specialist for Black Swamp Bird Observatory and director-at-large of the Ohio Ornithological Society, Ethan’s main focus now is guiding and filling in gaps between tours with ornithology-related field work. Ethan has recently written the ABA's Field Guide to Birds of Ohio, published in 2019. 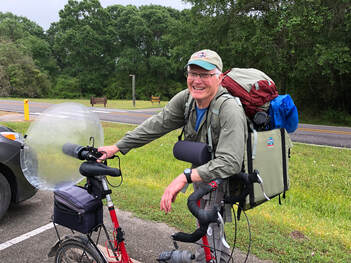 Donald Kroodsma is a birdsong scientist and professor emeritus of ornithology at the University of Massachusetts, Amherst. As a research scientist, he published widely on birdsong for more than 50 years, with lifetime achievement awards from the American Ornithologists’ Union and the Wilson Ornithological Society. More recently he has authored books that introduce the general public to birdsong: the John Burroughs Medal-winning The Singing Life of Birds, The Backyard Birdsong Guides, Birdsong by the Seasons, and Listening to a Continent Sing (while bicycling from Virginia to Oregon). His most recent book (2020), Birdsong for the Curious Naturalist, is a basic, how-to guide that teaches anyone—from beginner to advanced birder—how to listen. He lives in Hatfield, Massachusetts. 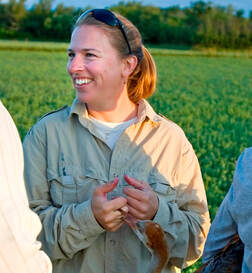 ​Anne grew up in Madison, leaving to attend college in Eau Claire, Wisconsin. She received a B.A. in Psychology (1991) and returned to get a B.S. in Biology (1994). After working various jobs while taking graduate level Geographic Information Systems courses at the University of South Carolina, Anne was accepted to the graduate program in Biology at the University of Minnesota-Duluth. After finishing coursework in Duluth in 2000, Anne accepted an internship at ICF, while also finishing her thesis. After completion of her M.S., Anne accepted a full-time position at ICF as a research associate in the Field Ecology Department (now the North America Program), working on an ongoing long-term study of sandhill cranes. She began working with the Whooping Crane Eastern Partnership in 2009 to study the ecology of the newly reintroduced Whooping Cranes in Wisconsin.

Kaylee McCaskey is a 17-year-old conservationist from the far northwest corner of Ohio. A nature lover from birth, she began officially birding in 4th grade. At the present time, she has enjoyed birding in 48 states and 5 countries. Though her personal life list is currently somewhere around 400 species, she is more concerned with spending intimate moments observing birds rather than adding to her list. Kaylee is a member of the Ohio Young Birders Club, Black Swamp Bird Observatory, Toledo Naturalists' Association, American Birding Association, Cornell Lab of Ornithology, National Audubon Society, and Ohio Ornithological Society. Recent accomplishments include receiving a silver medal for the ABA Young Birder of the Year Contest writing module in 2017, and being one of 16 teens worldwide chosen to attend the 2019 Cornell Young Birders Event. Her current goals for the future include completing the Cornell Lab’s online “Advanced Bird Biology” course, finishing her educational children’s book featuring Sandhill Cranes, attending the ABA teen trip to Costa Rica, and majoring in conservation biology/environmental science.


Kaylee's keynote talk was first presented at the 2019 Ohio Young Birders Conference. It was so moving, so inspiring, and so motivating that we wanted to give Biggest Week participants the opportunity to experience it as well. 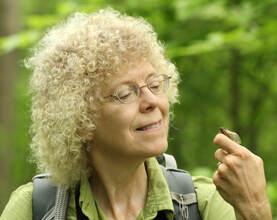 Lisa Rainsong is a music theory faculty member at the Cleveland Institute of Music and is the Doctor of Musical Arts (DMA) program coordinator.  She lives concurrent lives as both a professional musician and as a naturalist who focuses on Earth’s first musicians and protecting their concert halls. Her DMA from CIM is in composition, and she also earned a Naturalist Certificate from the Cleveland Museum of Natural History.

​Lisa teaches bird song, insect song, and amphibian song classes and workshops across Ohio and makes her own field recording for these programs. In addition, she does field research on crickets and katydids, focusing on species lists for regional park districts and on documenting northward range expansion in a changing climate. Her online field guide can be found at http://Listeningtoinsects.com. Information on her work and her presentations is at http://listeninginnature.com and her educational blog is at http://listeninginnature.blogspot.com 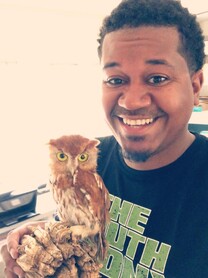 Jason Ward is a birder, writer and the host of ‘Birds of North America’.

Born and raised in The Bronx, NYC, his love for wildlife began at a young age as he fell in love with dinosaurs. An infatuation that provided him with an escape from the obstacles growing up in the South Bronx provided.

Now, he gets to share his love for modern-day dinosaurs with the public in many ways, including guided field trips across the country and in his web series; "Birds of North America".

​Jason’s mission is to change the way the public views wildlife, and to blaze a trail for future generations of children growing up in underrepresented communities.
© 2009 - 2023 The Biggest Week in American Birding ®
A Birding Festival in Northwest Ohio: "The Warbler Capital of the World"
All rights reserved
www.biggestweekinamericanbirding.com